Warning: array_search() expects parameter 2 to be array, bool given in /var/www/wp-content/plugins/advanced-excerpt/class/advanced-excerpt.php on line 183
 good Archives - BEER AWESOME
Skip to content 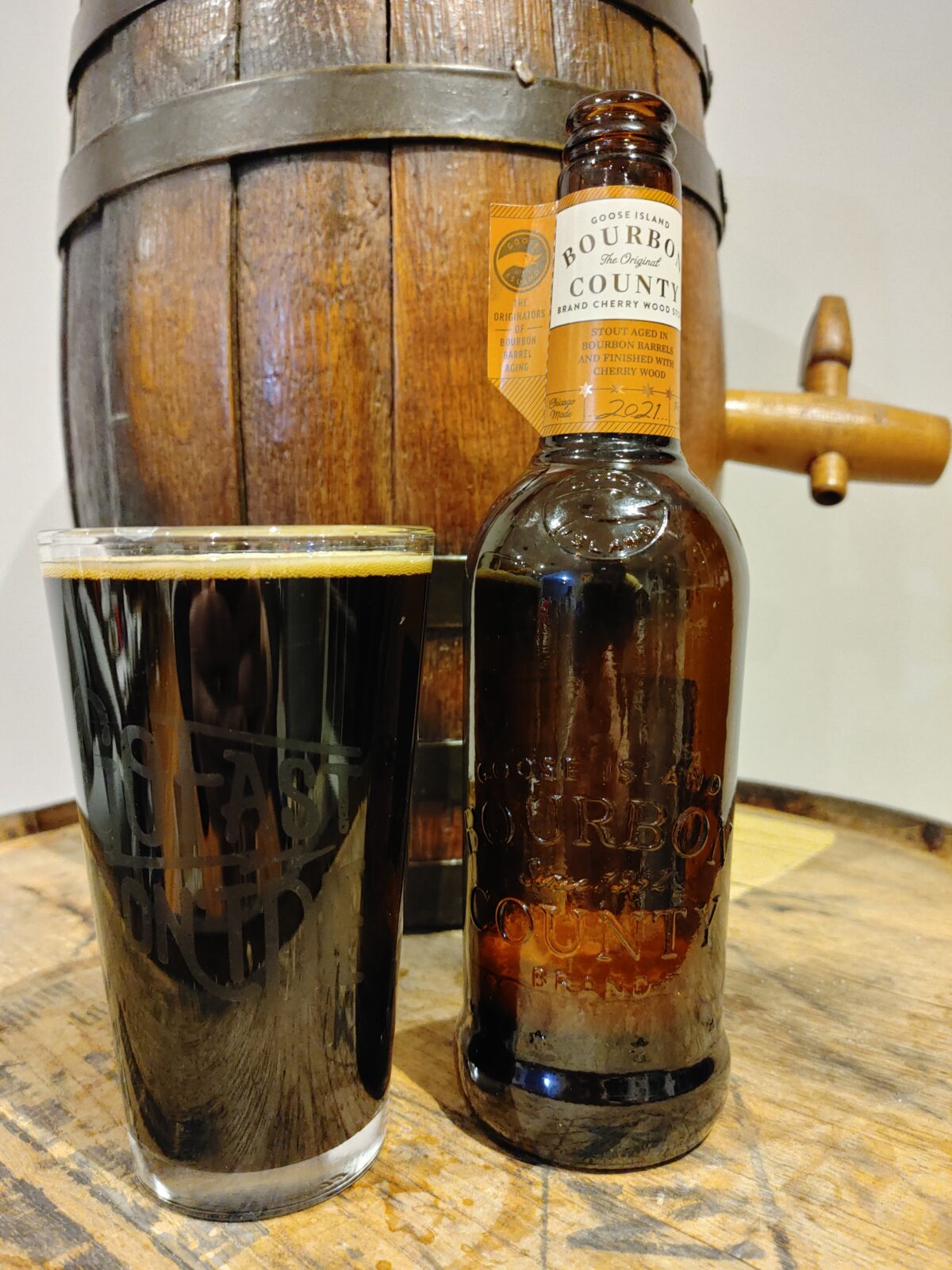 Every year, the Bourbon County Stouts roll out, and with them come at least a few new variations. 2020 saw the Midnight Orange (which will be mentioned on a future podcast), and this year sees a few new tastes with Cherry Wood being one of the more reasonable ones. It pours Stuart Semple black and immediately smells like someone dunked a loaf of bread in alcohol. Great start! Let’s find out if you wood or wood not like it, though.

Carbonation – 6.1 It’s not going to foam over like a belgian, but the noticeable bubbles break up what might have been a cloying sweetness with the heavy syrupy malt.

Character – 7.5 I don’t think I’ve eaten cherry wood on purpose before, so I’m not sure if there’s a largely noticeable difference from an oak barrel but the intense malt, booze, and fruit are here in droves. Groves?

Palate – 8.5 It all comes together to, I’m sure, make something slightly different than the normal BCBS, which is usually a fantastic product anyway.

Overall – 8.7 If you want a big bourbon barrel stout with something a little neat done to it for a conversation point, this is great.

Straight from the source, since I am not a Cherry Wood flavor expert: “The versatility of the cherry wood and honeycomb shape allowed for maximum flavor extraction, revealing complex characteristics like red fruit, ripe cherry, and light toffee, which are not found in the original oak barrel itself. The result is an amazing elevation and a notable difference from our Original Bourbon County Stout.” Without a regular BCBS to try back to back, it’s almost impossible to verify those claims, but it is really quite good. I’m excited to finally get to this one. I’ve had it in my fridge ALL YEAR (great and timely joke, way to start 2018) and now it’s finally getting its turn in the spotlight. This is a great Virginia beer and is one of the few beers I’ll order whenever I see it on tap, but that’s enough about my own preferences. Time to take the “i” out of review and bring you another entertaining revew.

This pours dark, like the ending of The Mist or a basement without any working lights. Pretty decent head on it as well, and when you smell it you get a sleigh-full of roasted malts, and some sweet notes with spices in there as well.

Carbonation – 6.7 It’s pretty bubbly for a stout, but it’s not harsh in the mouth.

Character – 6.9 Nice. Being a milk stout it’s pretty subdued on that front, letting some of the ginger, honey, spice and sweetness cut through.

Palate – 8.5 Everything comes together nicely here, like family members that show up on time with food that wasn’t bought from whatever was leftover at Shopper’s on Christmas Eve. You get the full tour, front to back, of everything without a single element dominating the experience.

Overall – 9.1 Look, it’s awesome. There’s another “BA” beer website featured on the label and it’s hard to not subtract points for that fact alone. But what’s even more bananas (you never type the correct number of “na”s the first time) is that those wrong, uninformed cavemen gave it a 100. Perfect score. That means no beer, no variation of GBS itself, could possibly be better. That’s just a total newbie thing to do and I’m not surprised. I rated this really high, because it’s so damn tasty, but I won’t pretend that it’s the best beer in the world (which is what a perfect score would mean). Is it fantastic and did I have to fight the urge to open it every time I saw it in the fridge? YUP. But I did, so that you could have this. Also, I do wish it was just a little more boozy. The alcohol content itself is plenty, but I like that little bite where you can tell it’s more potent than usual beers. Bottom line: RUN RUN AS FAST AS YOU CAN, TO BUY MORE OF THIS BEER.

The Evil Black Knight [Here We Go Edition] Ghost 599 was bottled 07/17/2017 and starts strong with both words and content. There are more words on the label than in the last book I read. This pours a nice, very hazy, IPA color (there’s really no better way to describe that). It smells bitter and juicy so I’m excited to go to war with this unfiltered Imperial IPA.

Hops – 7.9 It’s not going immediately decimate your taste buds, but it’s bitter and delicious if that’s your thing.

Malts – 3.4 There’s something sweet about it, but the malty backbones of DIPA/IIPAs of old have been sent to the back of the line so that the juicy, bitter hops can lead the charge.

Carbonation – 7.1 It’s not champagne, but I think the slightly higher “bubbly” quality goes hand in hand with the taste of this beer.

Character – 5.7 I’m not going to say there’s a lack of flavors or essence here. That’s not the problem. There’s just not a great diversity. You get that tropical quality with this one but you won’t spend all day trying to convince yourself that there’s extra flavors in it that you didn’t pick up after the first 1,2,7,12 tries.

Palate – 8.8 It tastes like a great juicy (okay I’ll stop using that until I explain it) IIPA. It’s smooth, bitter, sweet, slightly tropical and none of those retreat too soon to enjoy.

Overall – 9.1 A SUPREME VICTORY. And now to explain what I meant by “juicy”. It’s a term that’s becoming more popular with New England style IPA/DIPA/IIPA beers but it also doesn’t have a solid definition. You know it when you’ve got it, but trying to elaborate to someone that hasn’t tried anything like it is tough. It’s bitter but not overwhelming, and yet full of sweet flavors too. Adroit came up with a great battle plan on this one and air drops a bomb of IPA flavor into your mouth. The label has more to read than most bathrooms, and part of this bottle says it pairs well with “pickled pineapple with shaved pecorino” and that’s just obvious. If you don’t routinely have those foods in mind, you’re most likely uneducated and need a trip to the nearest whole foods/farmer’s market. Where they sell pickled whatevers and shaved stuff. But before you go scouting for esoteric foods, LOCATE AND EXTRACT THIS BEER BECAUSE IT IS DELICIOUS. Do the thing.